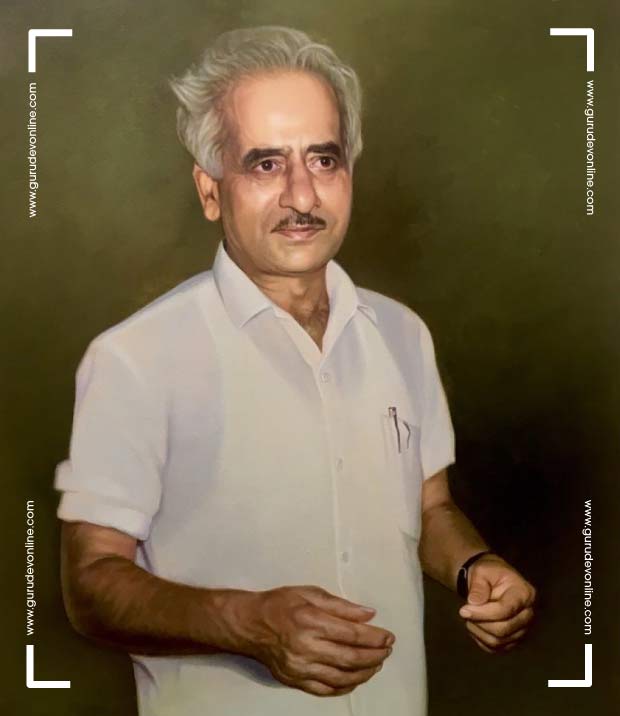 Decluttering the mind is essential hygiene since mental health is a crucial determinant of the quality of existence.

Thoughts and emotions are the primary sources of mental clutter. Think of the mind as a warehouse. Reducing its clutter means getting rid of unwanted inventory. If clutter is regularly decanted, a lot of useful mental energy can be preserved. Not only that, you can keep yourself free of psychosomatic disorders.

A decluttered mind leaves room for self-observation and self-reflection and makes way for constant awareness. Others may inspire your improvement but until you learn to observe yourself and allow your mind to examine and reflect your thoughts, self-counselling will not be as effective as it should be.

The mahaguru had the uncanny ability of articulating multiple thoughts in one-liners; his ek vakyas. “Vichaar vishay se aata hai” was how he explained the emergence of thought. I will have to use multiple sentences to deconstruct his short sentence.

Only when I had an enlightening rendezvous with a” thought” did the full import of Gurudev’s words sink in. Decades ago, during deep meditation, I opened my eyes to see a ray of light travel from a corner of my room to a point just above the centre of my forehead. This ray dissipated as it hit my head, leaving in its wake a crystal-clear thought! Before this experience, I enjoyed the positive thoughts that came to me and suffered the negative ones. However, on “seeing” the thought, I understood that thoughts were neither my choice nor my creation. I had no ownership of them!

The collateral benefit of this realisation was freedom from guilt and joyousness! What is not my doing could not imprison me in its clutches. Moreover, since the same thought can strike many people simultaneously, thoughts are neither ownable nor unique.

In his gentle voice, the mahaguru’s senior disciple, FC Sharma ji, recalls his guru’s views on thoughts, “While you are in physical form you cannot stop thoughts from coming to you. So you must let them come as they please and not react hastily. Instead, you should evaluate them objectively to select those to be acted upon or dismissed.”

Objectivity should be an integral part of thought management since it allows you to reflect on the nature of your thoughts with minimum bias. However, bias does intensify when harboured thoughts churn into feelings which in turn devolve into emotions. Emotions further bias your actions and reactions resulting in a mess and compromising your mental performance! You end up operating from the limited capacity of your brain rather than the full potential of your mind.

FC Sharma ji, also echoed Gurudev’s views on emotions, “Everybody has emotions and they cannot be avoided. But don’t nurture them or make them the basis for your conduct. They do not benefit anyone. Instead, they confuse and often lead to wrong decisions.”

Emotions bind you to objects of your physical reality via associations and relationships and so become deterrents on the spiritual path. Even though your connection with others is usually emotional, your relationship with yourself is inherently unemotional. Therefore, those in the quest for self-discovery must weigh the worth of their emotions.

Gurudev would hear people out as they discussed their life and its affairs with him. He would let them vent their emotions to feel less burdened. Sometimes, in a consolatory stance, he also stood in their company, empathising with their emotional expression. However, when asked how he managed to hear so many traumatic stories daily without being bogged down by them, he responded by saying, “Beyond that moment, I offer everything to Mallik and do not retain even the memory within”. (Mallik was Gurudev’s way of addressing the param-aatma).

Whenever there is an emotion associated with an experience, it creates a memory. These memories get stored and carried into future lifetimes as samskars. In this life or the next one, these samskars will resurface as thoughts and circumstances. Therefore, the relationship between emotions, samskars and thoughts will cyclically continue beyond your present lifetime.

The mahaguru lived in constant awareness and carried the enormous burden of knowing the past, present and future of everyone he saw, met or knew. Knowing the history and mystery of their lives made it necessary for him to subdue his emotions and remain detached. If he did not disengage from his emotions, the emotions arising in him from the knowledge of peoples’ future would create havoc in his mind. Therefore, the only way he could keep his mind decluttered and deal with his cosmic intuitiveness was by mastering emotional control.

The only thing that became an emotional irritant for him was the inefficiency of seva. Not only did he list seva as one of his missions, but he also ensured that his disciples shared his vision. When people became careless in seva or when their egos got the better of them, the mahaguru would enact his emotions by reprimanding the sevadaars and pushing them to meet higher standards of public service.

In effect, decluttering the mind is vital to the functioning of the mind. The role of the mind is self-reflection, and so it acts as your mirror. A mirror that helps you see the real YOU behind the veneer of perceived physical appearance.

To declutter your mind is to redefine the mirror.

Clearer the mirror,
the clearer is your self-realisation
and greater your spiritual awareness.