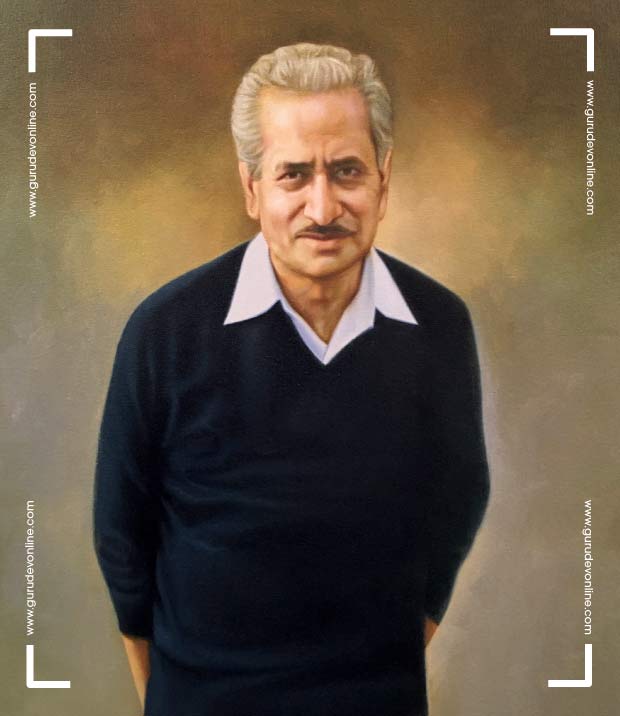 A pet quote used generously by the mahaguru was Ek se anek, anek se ek (From one to many, from many to one).

This palindromic statement, delivered in crisp Hindi by the guru who usually conversed in Punjabi, summed up the essence of consciousness in just one line!

An empirical foray into the realm of consciousness includes the study of neural data, psychological models, and philosophical analyses. But while science is a means to explore individualised perceptions of consciousness, spirituality is the method to access it. Contrary to populist belief, the goal of spirituality is not evolution; it is the devolution of the self into self-less and the realisation that the world is not real but merely a projection of the source.

The consciousness supreme is the only original cosmic identity. All other identities are break-aways. The source can break away into as many atomic and subatomic fragments as it chooses to. Each fragment is the source but in reduced potency and altered identity.

Even though split from the same source, each break-away fragment behaves as a distinct entity, almost as if in cosmic amnesia, unaware of its genesis and power. When apart, each unconsciously uses its inherent mindpower to create its world – self-indulgent, sensory and samskaric, enveloped by ego, intellect, and mind.

Once the jivaatma starts thinking of itself as different from its origin, it becomes a victim of duality, ignorant of its in-built prowess. Gradually, unable to look beyond itself, it gets trapped in maya, the web of its creation. Over time, as the jivaatma sinks deeper into the world of make-believe, it forgets who it really is. Neither does it recognise itself as a fractured shard nor recognise other break-away fragments as its cosmogenic tribe. The process of recognition may take several cycles of birth and death. Eventually, when the jivaatma finally awakens to what it really is, it aspires and attempts to merge into the consciousness supreme or param-aatma and become whole again.

The realisation of its true nature, its wholesomeness, makes it question the truth and existence of its ego principle. Knowledge of the truth leads to the recognition of the untruths of self-identification! The pot of clay sees how it got churned from mud to pot and realises the need to get unchurned and return to the source, losing its temporary false identity supported by the faulty logic of ego. Disentangling from the ego is not a flip-on switch but a path to tread with levels to ascend. Demystifying common beliefs, unlearning, and detaching from faulty self-reflection are all part of the process. It also includes dealing with stored samskars to cleanse the pot of conditioning and engrams accumulated over multiple lifetimes.

Ek se anek, anek se Ek signifies the process of a jivaatma’s transformation from the param-aatma to its multiple selves and then finally back to the param-aatma.

In a nutshell, this is the story of duality, maya, jivaatma, param-aatma and the technicalities of moksha. Despite the simplicity of the explanation, the actual realisation of the concept is beyond all measurable doubts, the most challenging achievement of any living being, primarily because this is the only achievement of permanent significance.

Traditionally, a siddh guru is the remover of darkness. Darkness is a metaphor for ignorance. Ignorance of the cosmic reality of oneness and the delusion of creation. The guru’s grace serves as a bridge between the jivaatma and param-aatma, thereby narrowing the separation of divinity from itself.

At the stage of a mahaguru, the jivaatma is qualified for merger with the param-aatma. Yet it may voluntarily choose to sustain its jivaatmic hologram in partnership with maya. Such jivaatmas may willingly opt to appear in human form to improve the condition of the world.

Gurudev’s teachings and practices are enunciated in his philosophy. Use them as your spiritual compass. If your efforts are sincere, his grace will also be.

A new world gets created
Where me and mine reside.
The self takes refuge
In the lowliness of strife.

‘I’ becomes a reflection
of the story the mirror tells.
“I am that” is a refrain
chimed only by the divinity bells.

The guru extends his arms
to buttress us in his fold.
We exit the steeple of delusion
In his casted mould.

The final truth is grasped
Multiplication is a myth.
‘One’ remains indivisible
Consciousness supreme is a monolith.

NEXT >> STAGES OF SPIRITUAL TRANSFORMATION