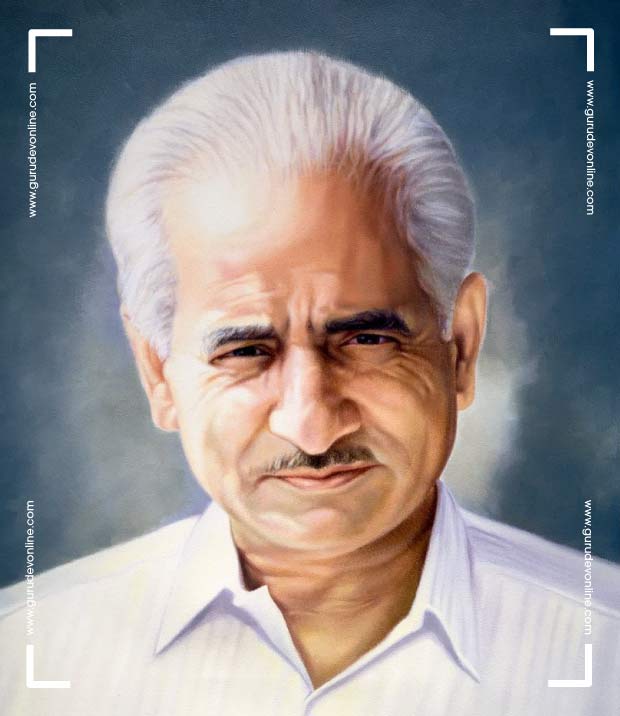 If Jules Verne had met Gurudev, he would have renamed his book, Around the World in Eight Minutes. That is how long it took the mahaguru to circumnavigate the globe astrally.

Here was a man who was well-versed in the shortcuts to various lokas. He took us to these dimensions and handheld us as we experimented with this new medium of travel. In time, some of my gurubhais and I experienced astral travel and learned many secrets that helped shape our attitudes and policies toward life and death.

In one of my out-of-body experiences, I travelled to France with Gurudev to an old, almost dilapidated bridge across the Seine.
On another occasion, I accompanied him on a raft ride down another river, where he introduced me to someone he held in high regard. Another time, he took my gurubhai Raji Sharma on an OBE, where he encountered the triad of energies – Brahma, Vishnu, and Shankar.

How did a simple man from a tiny hamlet acquire the astral fuel that allowed him to travel faster than a Concorde?

Gurudev did not have a spiritualism degree from an Ivy League college. He was poor in academics and struggled to get good grades. His wife did not see him read anything but detective fiction. Despite this, he could tap into the inner flame of cosmic knowledge and articulate the path of self-realisation in simple terms. Nobody knew the subject better than him. His knowledge was not based on reading the scriptures but on realising them intuitively.

Gurudev’s training was hands-on. He revealed spiritualism’s secrets to us while keeping some cards close to his chest. After all, he was a man of secrets. He never spoon-fed us but always guided us. He got us started on our spiritual journeys through self-study and personal experience. The short sentences or ek vakyas he used to impart lessons became revelations decades later. He was confident that the next generation would crack the code.

Gurudev chose a life of difficulty bereft of luxury because he knew a little secret I am sharing with you today – luxury is an expense in spiritualism. He intentionally chose to conserve his energy so that he could use it to improve and enrich the lives of other beings. We, too, became beneficiaries of his savings, allowing us to serve thousands in his honour. Gurudev’s spiritual savings made him more affluent than the sum of all the wealthiest men on earth and beyond.

How did a simple man with so little accomplish so much in such a short time?

We could argue that Gurudev was assisted in creating his spiritual blockbuster by a brilliant scriptwriter. It was destiny that conspired to help him fulfil his mission. However, the more accurate answer to this question is – he looked within! He once told a disciple that when one goes to a temple to plead for the fulfilment of one’s desire, it is not the temple’s energy that provides a solution. That wish is fulfilled by the jivaatma, the spark of the consciousness supreme that resides within each being.

I always believed the healing and miracles under his watch were incidental. His true purpose was to remind us of who we truly are. To this end, he fanned the flames of our divinity till we realised we were divine. We were instructed never to bow in front of any deity. We could show them respect but never view ourselves as inferior to them. In time, what we saw in the mirror gradually transformed from an imperfect reflection to a divine one.

Gurudev awakened the guru tattva (element) in all of us. He then used us as conduits to awaken that tattva in many more!

PREV  <<  THE MAHAGURU RETURNS TO HIS ABODE

Need help? Reach out to us answers@gurudevonline.com