This is the story of an extraordinary saint who lived a simple life but rewrote the destiny of multitudes!

The immeasurable cannot be measured in words.
Yet, these are vignettes that must be told.
We rewind to tender memories
of a Mahaguru far greater than we can behold. 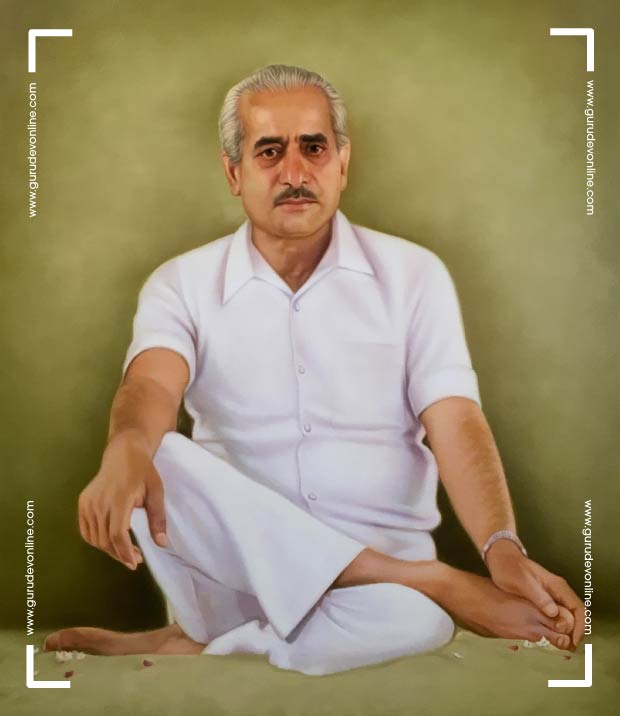 It’s near impossible to inscribe the biography of a Mahaguru whose presence and philosophy rewrote the story of many lives. Agreeably, therefore, thirty years later, the pen cannot distinguish between what was him and what we made him out to be.

I started researching Gurudev’s life story in 2009. It has taken eleven years to put scribble to pad. During this period, a lot of his disciples have moved on, leaving behind whispers of stories once known. The Mahaguru was self-effacing, extremely wary of shutterbugs or any kind of publicity. Hence, all information about him comes from my personal knowledge or his disciples, devotees and family.

Time withers many a memory. We remember the big feats and forget the small bits that more than make up the whole story. So even though I have a bunch of stories about Gurudev in which facts trump fantasy, I have deliberately chosen to not share those since you may consider them imaginary rather than unbelievably true.

Time also makes one reimagine a story with occasional punctuation twists. In everyday narratives, commas are often converted into exclamations. For this reason, many anecdotes being only partially explainable have been left out of the biography. Those remaining, have been packaged in several sections ranging from his life story, philosophy and practices to his secrets, superheroes and superpowers.

A man of abundant humour and gracious simplicity must be justifiably presented without fancy lines or racy writing. The difficulties he weathered to reach the spiritual pinnacle cannot be traded for soulful phrases or idioms. The content bouquet of this website is culled only from verified information. All else has been naturally omitted. While such distillation factors authenticity, it may limit the perceivability of his omnificence. As a man, he was made-to-measure, but as a Mahaguru, he remains immeasurable.

The idea of this biography is to chronicle the spiritual megastar in a manner that does not awe, but instead inspires us to achieve the same feats the Mahaguru did. Any story of inspiration is incomplete until it becomes the aspiration of a few. The ability to commit to his philosophy and absolute surrender to his grace will be determinants for those who seek the reward of freedom or mukti.

In destiny’s lotto, I wish you good luck!

If you need spiritual help, email us at answers@gurudevonline.com